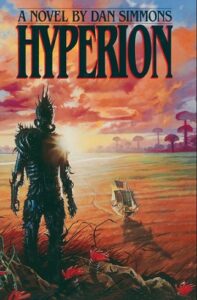 2. Realize that it is the greatest book you have ever read.

I just don’t have enough time to read and watch all the books and movies I want to!  Recently watched “Blood Simple”.  Great movie!  It’s kinda like a mix of some Tarantino movie and No Country For Old Men.  Frances McDormand’s first movie.  Definitely recommend it. 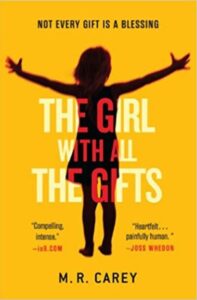 I highly recommend The Girl With All the Gifts!  I recently listened to it through audiobook format and it is a thoroughly engrossing tale.  A story of a young girl who is “different”.  I don’t want to spoil that aspect.  Great action, great characters!  One of the best books I’ve experienced in a while.

It’s a different take on the whole zombie genre. This book is about a girl who is quite intelligent, but there is something unique about her that I will not go into as I consider it a spoiler.

The book follows several perspectives: the girl’s, a research scientist, and a military officer. The author does a splendid job of character development and showing the different motivations of each character.

Definitely action-packed and suspenseful. It will keep you guessing till the end. And the finale is quite fitting.

M. S. Valdez is an avid reader of horror, sci-fi, fantasy, and some non-fiction.  His favorite author far-and-away is Stephen King.  However, his favorite novel of all time is Hyperion by Dan Simmons.  He enjoys running in the hills of Colorado and partaking in the occasional micro-brew that are plentiful along the front range. 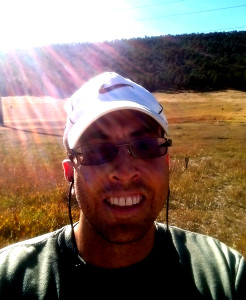 The year is 1241. The Holy Roman Empire is being torn apart both by civil war and invading forces from foreign lands. The Pope has recently died leaving the Holy Church in turmoil while an ambitious Emperor seeks to consolidate his power and his holdings in the resulting power vacuum.

Camila Chastaine, a devout and righteous, paladin knight in service of the Holy Church, struggles in her duties to protect a realm of the Empire. As Camila fights to maintain order, she receives an urgent summons from Rome regarding a new threat to the Empire: a traitorous fellow paladin who has corrupted his divine powers to raise an army of undead soldiers bent on the destruction of all life. As Camila joins with her comrades to confront this peril, little does she realize that she will soon face an even greater evil in a battle for her mind and soul.

I had two pieces of art created for the book off 99designs.  I highly recommend the site.  I was blown away with the level of talent. 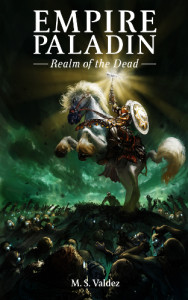 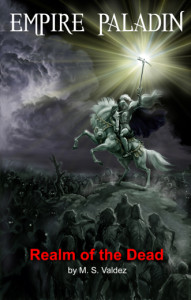 I realize that the map in my novel came out somewhat small in the Kindle version.  I’ve added a larger version on this website.  You can click on it to see more detail. 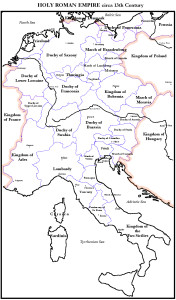 I set up this website to blog about my novel: Empire Paladin; and to answer any questions regarding the book: story, characters, cover art, etc.

I also set it up to receive constructive criticism: positive and negative.  It will help me to become a better author.  Being an avid reader myself (and audio-book listener) I’ve certainly had my fair share of gushing and bashing about books.  So it’s only fair that I now am thrown into the fire.